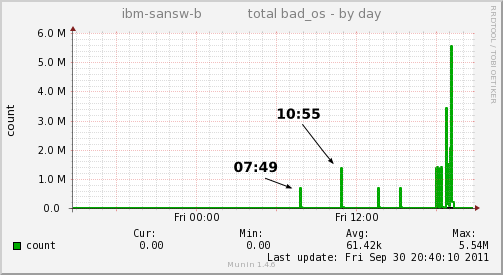 PS: Brocade documentation states that SFP problems might result in the combination of rises in CRC errors and encoding/disparity errors. This did not happen in this situation.
Indsendt af Troels Arvin kl. 22:57 1 comment: